About John Baldwin, IT

Learn More About Us

About John Baldwin IT Services 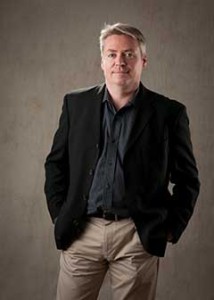 John began his 20 year IT career with a two year Masters Degree in Computer Science followed by a one year course in Computer Graphics. From there he went to work in London as a Consultant, finding his niche as the go to guy of last resort, being called to provide solutions to problems that other engineers weren’t able to address. He made his way into the capital markets in the late nineties Consulting for an investment bank in London and then for a top futures exchange in Chicago in 2000. John spent the next 10 years in Chicago followed by Singapore, rising through the ranks to end up as Head of IT in a highly successful multi-million dollar trading firm.

Over the years John has been involved in all aspects of infrastructure architecture and support at the senior level, from troubleshooting, maintenance and support, design, ground-level buildouts, through to streamlining and optimization, documentation, architecture, high level management and project management. In over 20 years of highly successful commercial experience he has worked his way from helpdesk through to desktop, server, network and security on to projects and management in high pressure trading environments, ensuring the safe and speedy passage of tens of millions of dollars daily.

John has lived in London, Chicago and Singapore driving IT in the capital markets, arguably the most demanding of environments where uptime of 99.999% is the standard and network latencies can be measured in the nanoseconds.

Following frequent visits over the years, John and his family have fallen in love with the Colorado mountains and way of life. Good fortune has enabled him to achieve his goal of making it to Colorado by his 40th birthday. He currently lives with his wife and three children in Evergreen.